I’ve come up with a list of reasons that Startups fail (see the list below), and this week we are starting with #1 Destructive Corporate Culture.  And this is timely!  I work with startups on “StartupTherapy™” and (sort of) joke that if you don’t get StartupTherapy, you’re good to need real therapy after the collapse.  I’m only sort of kidding. Corporate culture is created, whether you do it deliberately or thoughtlessly, and once created it can be very difficult to change, particularly if it is destructive or dysfunctional. 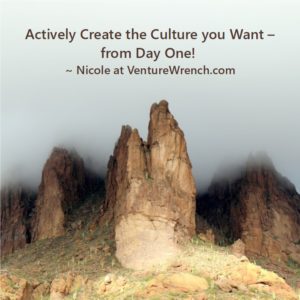 I think that recent unicorns have instructive lessons for entrepreneurs.  I’m sure you’ve seen the debacle of WeWork’s proposed IPO pricing, down from the private investment valuation of $47 billion in January 2019 to something below $15 billion expected at IPO.  Even one of their large investors (Softbank) apparently tried to get WeWork to delay the IPO.

It seems that (poor) leadership and culture issues have combined with skepticism about the WeWork business model have proven devastating to their IPO prospects. On 9/13/2019 Jim Cramer of CNBC predicted the IPO would price closer to a $10 billion valuation.  Hardly inspiring!  Given what we’ve seen, I think we need to put at least some of the blame on corporate culture and leadership!

In July the Wall Street Journal reported that The We Company’s CEO, Adam Neumann, had cashed out $700 million through selling stock and borrowing against his holdings, ahead of The We Company’s (WeWork’s) IPO. A clear vote of no-confidence in his own company. There have also been clear cases of what everyone else would call “self dealing” where Neumann leased real estate to WeWork, reportedly receiving million in rents from the company.

Rebekah Paltrow Neumann, Neumann’s wife, is listed in The We Company’s S-1 filing as one of the cofounders of the company. I will note that she has not been touted as a co-founder “all along”, just as Jeff Bezos didn’t seem to acknowledge his (now-ex) wife’s contribution until his bad behavior prompted divorce filings. Paltrow Neumann apparently wasn’t paid as a founder or contributor, according to filings. Perhaps everyone undervalued her contributions. 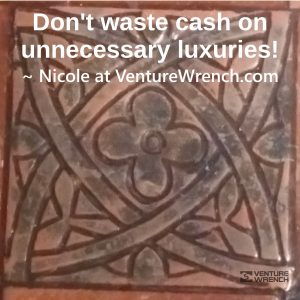 For at least these reasons, The We Company pre-IPO has not, well, been working.  By mid-September, the company was amending its filings with a whole set of changes designed to make the company (which apparently really, really needs more cash!) more appealing to the public markets.

Some highlights of the changes and limits on the CEO (and an indictment of the corporate culture):

Can you see the problem here?  The We Company’s founders created a culture that seems to depend upon entitlement for them, as founders, and particularly for the CEO, as well as nearly untamed costs in the rest of the business.  Let’s face it, when costs are DOUBLE your revenue for years and years, even when you have hundred’s of millions of dollars in revenue, it indicates a culture where costs don’t matter.

Entitlement, scorn for investors, scorn for future public investors, lack of management control, self dealing and just plain hubris seem to be a summary of the corporate culture at The We Company.

Learn the lessons from The We Company and avoid creating a destructive corporate culture form the very earliest days!