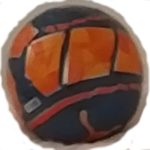 A few years ago a VC I knew said that VCs were like 6 year old soccer players, they were all clustered up at the ball. He was commenting on the fact that some deals are considered “hot” and every venture capital firm (and assorted angel investors) wanted in. Some commentators have compared VCs to lemmings – all ready to race after the same “hot deal.”

But in a recent VC discussion, one VC admitted that what they really liked, when they were interested in a company, was a lot of other VCs interested in the same company. Specifically, they really wanted the entrepreneur to have “several term sheets” so the VC would know they weren’t the only crazy ones…. Seriously? Whatever happened to searching out the best, the unique, the compelling? Forget it. 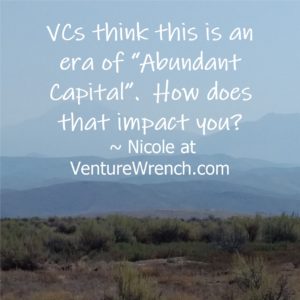 That said, VCs everywhere are acknowledging the problem that they face in a world which is (currently) awash in capital. Or as they say it “An Era of Abundant Capital“. Many funds are now raising over $1 billion, but a small number of these mega funds are now comprising nearly half of all capital raised in the VC industry, which is really a problem for early stage deals. When you are early stage and raising up to a couple million dollars, you are too small to be economically worthwhile to the big funds, but the fund economics is terrible for funds that only do early stage deals. So, even in the era of so-called abundant capital, the truth is, in the early going, you need every advantage you can get as you raise capital!

Part of your job is get multiple investors interested in your deal at the same time, from investors who think your round size and deal stage are perfect for them! Odds are, this is NOT one of the big funds and it is almost certainly NOT the VC down the street from you (or even in your state). 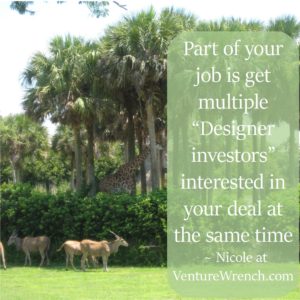 This is why our strategy to Design the Perfect Investor™ is so important. If you’ve designed that perfect investor, and then you go out and find ONLY those investors who already want what you have to offer, your odds of pulling this off (particularly as a new entrepreneur or one in a smaller market) increase dramatically.

In addition, I’ll let you in on a future product. We have already curated over 1000 potential U.S. investors (with more coming) and are developing an interface for “point and click” access to lots of perfect investors!

We have named it InvestorFind™. As we’ve looked an various subsets of the curated database, we have found that even relatively obscure market niches turn up 25-50 potential investors who are already Designer Investors™. Obviously broader niches turn up more than that. But the point is that we can help you target these investors based on our detailed information on their preferred round size, round stage, theme (with lots of details around themes), geographical target and more. That allows you to literally pick out your Designer Investors and go to work finding which of these investors, that already want what you have, are the perfect partners for you!