I’ve written about Market Research, and getting snippets of market research data from the “big guys, BUT by the time the big research firms have written a report about a market, it’s no longer a new market!  True innovations happen before it’s being reported on and before its being forecast. This can be hard as you pitch to investors when you’re doing a startup. For example, with the startup DoBox Inc. in 1999, there were about 1 million broadband internet customers in North America, but the hockey stick sure looked good! There were hardly any home networks, and investors didn’t believe the broadband hockey stick (which has, of course, materialized almost beyond imagination) when few people believed in home networks (which continue to grow and explode). 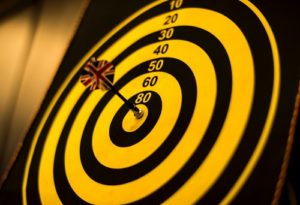 Proxy markets are worth taking a look at, it’s a market that is a substitute for, or competitor to, the product/service you are introducing. (Remember, a great entrepreneur will never say “there’s no competition.”).  For example, take facebook.com. There are people who say “There’s nothing like facebook,” or even “There’s NEVER been anything like facebook!”.  Or, they’ll list the immediate web-based competitors such as Twitter, Youtube etc. However, they entirely miss the point that many, many paper-based “facebooks” have existed for years at colleges and universities.  I still have my facebooks from my MBA at Stanford, which admittedly has been a few years ago. The online facebook is merely an electronic incarnation of the paper based version that has been around for years.

When trying to answer the question: “How many customers might be interested in this product or service,” proxy markets make it possible to answer the question – “are there 10 potential customers, or 10 million?” When all is said and done, being able to place an order of magnitude on the potential number of customers (Or the infamous “TAM” – Total Available Market), is very helpful, both in your own planning AND when you talk to investors. When you talk about building a customized rocket engine for spacecraft, for example, your TAM is a very small number and can probably be listed on one hand (or two, if you count the private efforts).

When looking at starting a company, identify those markets that can serve as proxy for your actual “cool new market,” to get a sense of how many potential customers you could have.