Not long ago, as part of a group of growth entrepreneurs, I enjoyed a presentation by an accomplished crowdfunding entrepreneur. Since the 2012 “Jumpstart Our Business Startups (JOBS) Act“, which simplified equity crowdfunding, I have distinguished between two very distinct kinds of crowdfunding. Obviously with the JOBS act, there is crowdfunding for equity,  allowing companies to sell shares of stock to a wide array of investors, with fewer reporting requirements than in the past.

The second is “crowdfunding for stuff” as I like to call it, which is often referred to as crowdfunding for rewards. This is the more traditional type of crowdfunding, where crowdfunders contribute to the business in return for something they want. Often the “stuff” is the future product, which is really pre-selling the product. Sometimes it is early access to a creative endeavor such as to a movie or musical performance and sometimes it is SWAG like t-shirts, logo-bearing items, posters or other goodies that appeal to fans.

Our successful crowdfunder was clear, she and her partner needed capital to buy plastic molds for their injection molded consumer accessory. So they launched a plan to crowdfund for the funding needed. Here is the important thing. Our presenter explained that the single most important thing that was needed for a successful crowdfunding campaign is an email list of a minimum of 5000 to 6000 people who really want your “stuff”.

She outlined the detailed process, both online and offline, that they went through for roughly 12 months, to pre-sell their product. 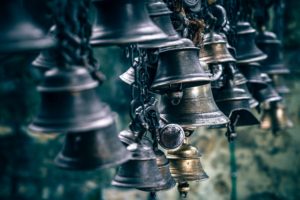 They were successful and amassed an email list of nearly 10,000 people who were interested in their product. Once they had their list, they followed all the rules about cool pictures and video of their product, cool site design etc. And then, they launched their campaign with the most important part – letting all of those thousands of pre-sold customers that “now” was their chance. And for their crowdfunding support, they would get the product that they had been waiting for. The team far exceeded their goal, bought the molds, produced their first product, and followed it up quickly with a second related consumer accessory. They are off and running!

However, it is also important to understand the “scale” of crowdfunding for stuff when compared to the needs of your business.  According to one report, the average crowdfunding raise is $7000 and that only 50% of crowdfunding campaigns worldwide succeed.

It’s also important that the platforms can’t operate for free!  They take a cut of what you raise.  Some may even have up front or set up fees.  Fees vary and change over time, but the best you “may” hope for is 2.5%, but plan for something closer to 10-15% for a reputable and well known platform.  As always, do your due diligence!

2 thoughts on “Crowdfunding for Stuff”