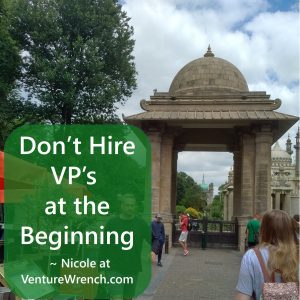 I was talking to the CEO of a fast growing SAAS startup.  He related to me that he had been talking to an extremely experienced “big company” CMO who was looking for his next opportunity.  They had really clicked and developed a good rapport, but the CEO was, correctly, afraid that the company was not at the size or maturity to really put the expertise of this corporate executive to work!  And I told him my advice for early stage companies “Never hire a VP at the earliest stages!”

It is important to remember that companies grow faster than people do.

In the early days of your company, if you hire someone as a VP, who would, in a larger company, be a Manager or Director level person, they will expect to keep the “VP” title, even though they won’t be able to grow their skills as fast as the company grows.

Instead I highly recommend hiring a Director or Manager who is currently a Director or Manager at a larger company – they will have the right level of skills that your business needs at the time, and will have either made a lateral or slight promotion in their move to your company – but will still want to come because of the opportunity!  Yes, the CEO will have Directors or Managers (instead of VPs) as direct reports for a period of time, but as the company grows, and the company actually needs a VP level skill set, a VP can be hired. 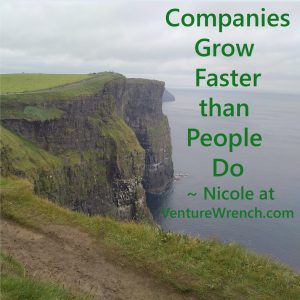 Trust me when I tell you the challenges posed when someone who is hired early on as a VP, when they are really a Director or Manager in terms of skills, and can’t keep up with the company.  Often they are a person who knows a lot about the business, someone who has strong relationships internally and externally and is often considered by both founders and employees as a core part of the “original team”.

But, since they never had the opportunity to learn needed executive level skills in an established corporation, they can’t just make it up, or catch up, in your company.  And it will become clear to the founding team that someone 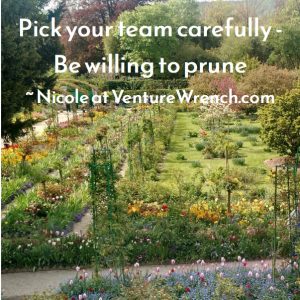 with actual VP-level skills has to be hired – and hired either as a replacement for the mis-titled early employee, or hired into their spot after they are demoted or fired. All of this becomes agonizing to the team and to the founders, not to mention the person who was mis-titled when they were hired.

Even if someone is hired at the right title level, there is a tendency in the early days to “be fair” to early employees – which often means continuing to raise pay and compensation far in excess of value delivered – again companies grow faster than people do.  People who have been with the company during its formative years should be evaluated against the “going rate” for their level of contribution and paid accordingly.  This can be very difficult to do when “back in the early days” we were all friends.  But the reality is, a growth company simply cannot afford to be a welfare provider.  Every member of the team, every day, has to deliver the maximum value for fair compensation.  Anything else endangers everyone and everything everyone has worked for.

Let me be clear, sometimes employees, no matter when they are hired, do need to be pruned from the company.  But this is when an employee is toxic, has a poor work ethic, or otherwise is subtracting from the company’s progress rather than contributing to it.  I have seen toxic employees kept on in companies because they could “deliver”, even thought they harmed everyone they came in contact with.  It takes a wise and dedicated founding team to ensure that good corporate culture lasts and applies everywhere and to everyone.