I got an email from one of our VentureWrench entrepreneurs who told me of a pretty common founder dilemma, and serious source of founder conflict, how do we split up the founders stock pie?  They told me that they’d used several calculators which indicated a 60/40 split (we started coaching this entrepreneur before the second co-founder came into the picture).

However, the second co-founder, who had been doing a lot of grant work and “up front” work, but who didn’t have the IP or industry know-how that was going to power the business, insisted that it be a 50/50 split or it was over. 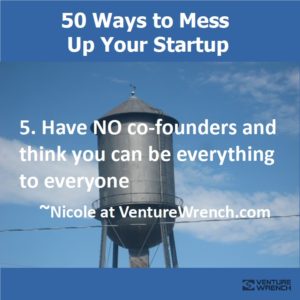 This is the kind of issue that can kill a company really fast! And, it often seems pretty intractable as better negotiator (clearly not the development founder!) may push to get what they think is fair, leaving permanent conflict at the very heart of the partnership from those who felt it was clearly “not fair”.

Knowing the importance of this issue, I suggested using a flexible equity allocation system that didn’t depend upon a “final distribution” up front (at founding), but instead would take into account contributions made by each founder during the early stages of the company. 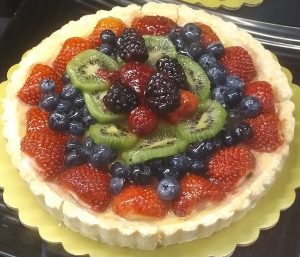 I suggested they take a look at the “Slicing Pie” calculator which varies equity allocation over time and by contribution, particularly in the early phases of a business. The slicing pie team says that “Slicing Pie is a Universal, One-size-fits-all Solution for the allocation and recovery of equity in an early-stage, bootstrapped startup.”

Those contributions can include cash, time, creativity and ideas, skills, real estate (whose garage is it anyway?) and many other things of value to the company.

These contributions vary and they vary over time particularly in the early days when there is little in the way of regular HR and consistent compensation!

Now note, the Slicing Pie team is specific, that it is suitable for “bootstrapped” startups.  Bu

t many startups are bootstrapped for a while, and then raise capital or bring in other sources of capital.  So, how does Slicing Pie work in that context?  Easy, founders can use Slicing Pie to allocate “founders shares” and then simply fix the ratio at the time of a funding event (whatever form that takes).  So the founder’s equity takes into account the earliest contributions, with a more traditional allocation after funding events. 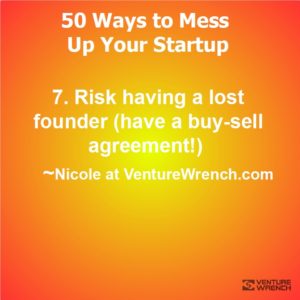 I’ve already discussed what founders should do to make sure that they don’t “only” have founders equity in my discussion about getting preferred shares in your own startup!  And, I’ve explained why that is important from the context of the VC industry, and the expected distribution of rewards.  Slicing Pie even helps to deal with the problem of lost founders (but still have a buy-sell agreement!).

This is only one creative way to solve the founder equity issue, although it’s a ready made philosophy that comes with books, resources and even the ability to sign up for software that can track the “slices” over time.  However, some intrepid entrepreneurs devise their own equity allocation system, like the team at Buffer, which created “Open Equity” and their formula for options (for everyone, not just founders)

I won’t go into all the details behind Buffer’s formula, you can find the details on their blog, but suffice it to say that any creative founding team wanting to create a great culture can address the equity issue well!