Not long ago, Harvard did a detailed study of how venture capitalists interacted with male and female founders. It was titled, Male and Female Entrepreneurs Get Asked Different Questions by VCs — and It Affects How Much Funding They Get .    The research team observed (and recorded) Q&A interactions between 140 prominent venture capitalists (40% of them female) and 189 entrepreneurs (12% female) that took place at a startup funding competition.  The team then tracked all funding rounds of these teams that launched at the competition. The firms were comparable in terms of quality and needed capital, but they raised vastly different amounts of funding over time.  The report stated, ” Male-led startups in our sample raised five times more funding than female-led ones.” 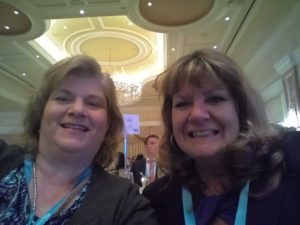 This is disappointing, even shocking, although not necessarily surprising to women entrepreneurs, but it has implications for all entrepreneurs.  When the Harvard researchers analyzed the video transcriptions of these sessions, they learned that “…venture capitalists posed different types of questions to male and female entrepreneurs: They tended to ask men questions about the potential for gains and women about the potential for losses. We found evidence of this bias with both male and female VCs.”

So the very questions asked by potential investors frame the discussion – as the researchers also found that entrepreneurs tend to respond in the way framed by the questioner.  When VC’s ask male entrepreneurs questions about potential, achievements, advancement, and opportunity and focused on the upside of the business, it is called taking a “promotion orientation”.  But they ask female entrepreneurs so-called “prevention orientation” questions, which focus on “not losing” including safety, responsibility, security, and caution, rather than about the opportunity.

Think this is serious now?  Looking at some of the recently disgraced “unicorn” CEOs (and investors!) who flaunted not only convention and integrity but, at least in some cases, the law, and still attracted billions of dollars in funding, it is pretty clear that the venture industry and the silicon valley culture, reward primarily men who self-promote and oversell themselves and oversell the opportunity.  Basically those who are willing to pour it on get the funding.

In the words of the Harvard researchers, “So an entrepreneur who is asked to defend her startup’s market share would be better served by framing her response around the size and growth potential of the overall pie than by merely stating how she plans to protect her share of the pie.”  Amen!

Sometimes you may have to call out the elephant in the room and say “if I were a male entrepreneur you’d be more interested in the opportunity than the risk, why don’t we focus on the opportunity?” Now, I know, that seems risky, especially when you are so focused on getting that round of funding, but, let’s face it, if a “potential” investor has already decided to focus on how you might lose their investment, not on how you might hit a home run, they’re not really a potential investor at all.

Don’t forget, if you’ve vetted your potential investors and any investor you meet with already meets YOUR qualifications as a “perfect investor” for your startup, you are far less likely to run into this.  Because they will already know they are interested in your space.  Want to know more? Check out our online content including our online course called Designing the Perfect Investor – Raising Money for Your Startup. As part of that course, Nicole offers a workshop that she calls “How Startup Investors (Really) Work” helping entrepreneurs understand how startup investors, including angel investors and venture capitalists, look at startups.

1 thought on “Harvard says women entrepreneurs are treated differently – how do you respond?”

Raising Money? Get our Free VentureWrench Guide to Investor Capital - just enter your name and email address in the form below By entering your email in the box above, you confirm that you have read and agree to our terms of service, and privacy policy and agree to receive more information from us.